It is Time to Unplug

I saw the image of a person walking down a busy street with ear buds in both ears. They were looking down at the pavement as they walked. The person was unable to hear the sounds around them because of the pre-programmed music they had chosen to fill their ears. Because their head was down they were only able to see what was directly in front of their feet. They were not aware of the developing images beyond their limited line of sight. 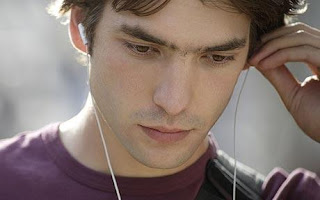 At one point a loud and strange sound was heard outside the closed environment of the pre-programmed tunes they were hearing. The person pulled out one of their ear buds and stopped to listen.  They began to look around in an attempt to locate the source of the sound. The sound got their attention to deliver a word from the Lord. The person pulled out the other ear bud and stopped to intently watch and listen. The other people walking through the scene also had ear buds listening to their own sounds of preference each seeing only what was directly in front of their moving feet. It was an image of connected disunity.

The word the person heard was not a message of fear, but of awareness. The people walking around were not aware and needed to hear the same sound the person heard. The person began to run around pulling out the ear buds from the ears of the other people in the crowd. People were startled when they began to hear for the first time the word of the Lord. Others picked up the same assignment and ran to their friends and pulled out their ear buds shouting into their ears the word of the Lord.

We have entered a time when awareness will be critical in order to move in synch with the Spirit of God and navigate through the coming developments that will take place in our culture. There are some things you will need to disconnect from if you are going to live aware. The mindset of an unaware culture is not a secure place. It is only an illusion of security. You are being called to become supernaturally vigilant and aware of the voice of God.  God is about to heal our deafness and give us a more panoramic line of sight. But first, He will interrupt our journey with an unusual sound to gain our attention.
Posted by Garris Elkins at 6:12 AM